Top 5 Things To Do in Rhodes

Rhodes is not just crystal clear sea and beaches! The island offers many attractions for visitors, from archaeological sites to the buildings of the 900. Discover with us the 5 best attractions that the island of Rhodes offers.

The strategic location of the Irene Palace Beach Resort, within the Bay of Kolymbia, will allow you to discover all the wonders of the island.

The Old Town is surrounded by majestic walls and is one of the largest and best preserved medieval settlements in Europe.  The point that dominates the historic center, at the top of Via dei Cavalieri, houses the Palazzo dei Grandi Maestri, a stronghold defended by a triple walled enclosure. Built on the site of an old Byzantine citadel, it was built by the Knights of St. John, a Catholic military order, which ruled the island from 1309 to 1522 (before moving to Malta). 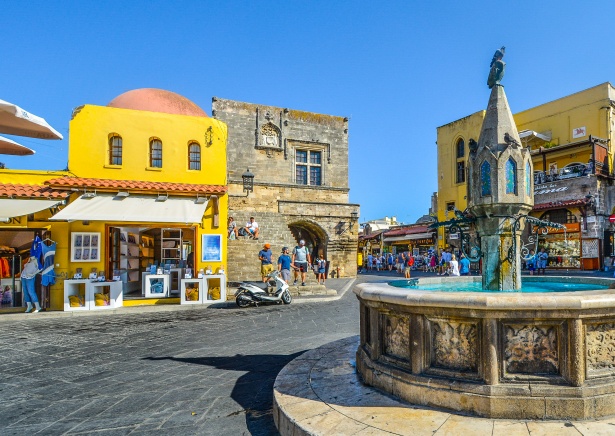 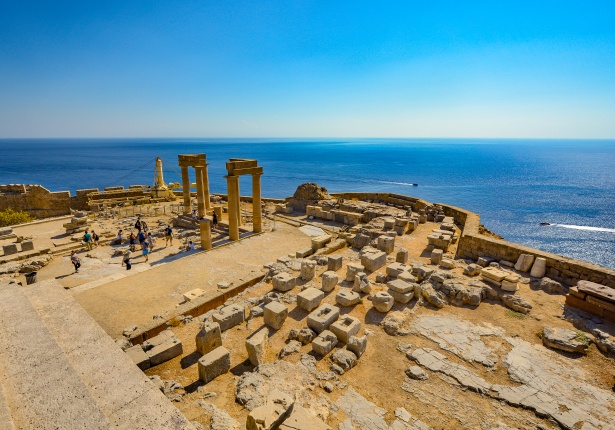 Among the many historical and cultural attractions of the island of Rhodes the Acropolis of Lindos is the most fascinating and certainly worth a visit. Perched on a hill 116 meters above the sea, the Acropolis of Lindos can be reached by climbing a steep path, but once you reach the top the beauty of the place will take your breath away. Founded in the sixth century AD, the acropolis of Lindos still preserves the remains of a temple to Athena Linda and a stoà (portico) with twenty columns: the latter once served to protect you from the sun, today you will have to think about it with hat and cream solar. On the bases of the statues that adorned its interior were found epigraphs of the artists who executed them. In an ancient epigraphic text we read the inventory of the offerings and epiphanies of the goddess.

The sight of the ruins with the extraordinary background of the coast and the blue sea is something magical.

One of the most curious tourist attraction of Rhodes is Petaloudes, about 7 km from the coast. It is a fascinating place where you can experience the unusual experience of walking along a lush path in the woods surrounded by a cloud of butterflies. The Valley of the Butterflies is located near the town of Petaloudes, 27 kilometers from Rhodes town and 5 kilometers southeast from the village of Theologos, in the western part of the island. This Valley is among the most attractive places on the island and will allow you to walk among streams, waterfalls and rich vegetation. The huge number of butterflies, millions, is recalled in the summer, especially in the month of August. A small river, called Pelecanos, flows down a narrow valley, which ends with a waterfall that falls into a green pool. 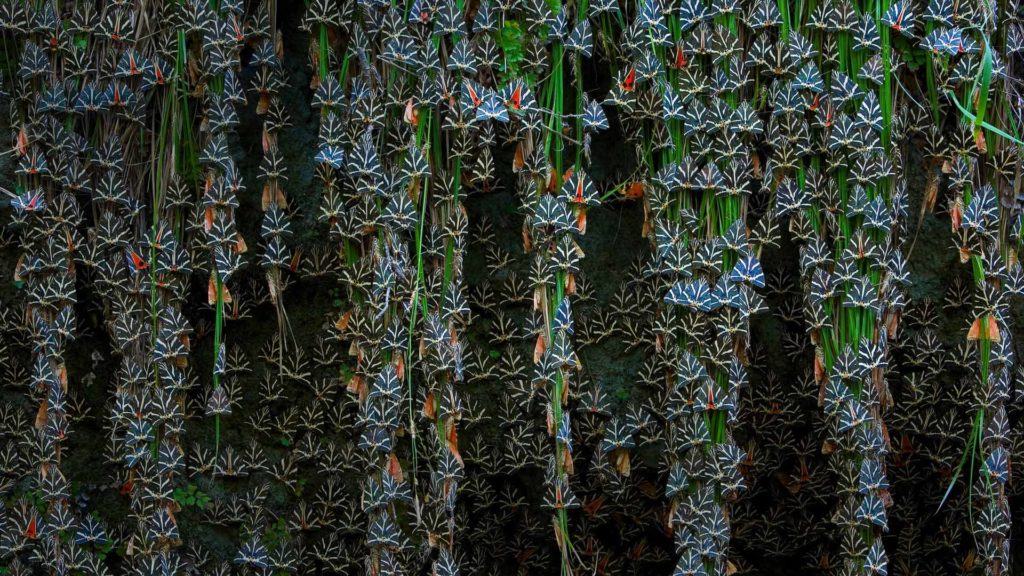 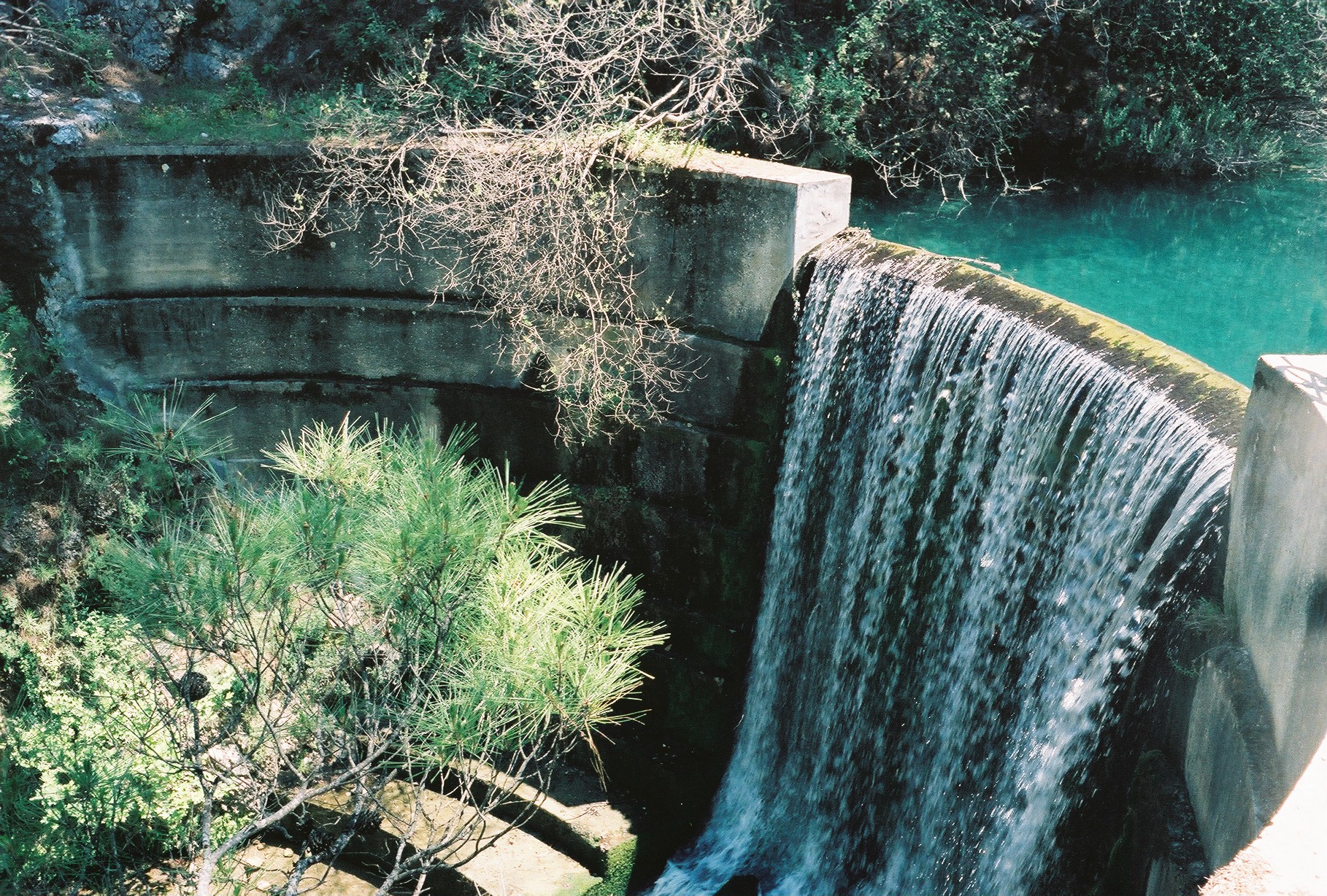 When the heat becomes unbearable seek refuge in Epta Piges, a wooded area in the hinterland 4 km from Kolimbia. In this cool place immersed in the pines and plane trees seven natural springs unite in a small river that, channeled along a very narrow tunnel, flows into a lake formed after the construction of a dam in 1931. Seven springs offer a fantastic and magical landscape, a true oasis, surrounded by greenery. The waters come out of the springs all year round, ending up in a small lake. You arrive at the lake after walking through a narrow 186m tunnel. Treat yourself to an afternoon at the Seven Springs for walk in the cool, admire different species of birds and take a dip in fresh water.

The Filerimos hill overlooks the entire panorama of the north of the island of Rhodes and is located about 15 kilometers from the capital city, near the village of Trianta.  On the eastern side of the hill lie the foundations of the temple of Athena Polias, an early Christian basilica, and a small underground Byzantine church frescoed in 1300 and damaged under Turkish rule when the faces of human figures were erased for religious reasons. Here is a monastery erected by the knights of San Giovanni in honor of the Virgin. Inside there is a wonderful medieval cloister. At the top of the Filerimos hill, at 267 meters above sea level, there is a via crucis that ends at an enormous cross, it is 18 meters high, inside which there is a stairway where it is possible to climb to admire the fantastic landscape. 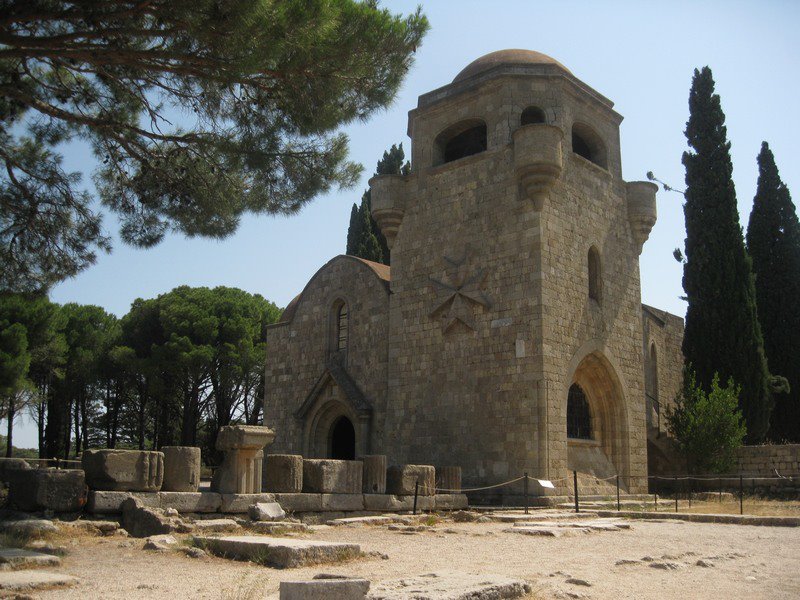 Spend with us Your Next Holiday!